Learn to drive in a Ford Fiesta Active with air conditioning for your comfort, and dual controls for your safety.

I tried several different cars before deciding on the 5 Door Ford Fiesta Active. I chose it for a number of reasons.

Firstly, it provides a safe and comfortable environment to learn in, as the driving position can be adjusted to suit all people, both large and small. Not only can the seat be adjusted forward and backwards, but also up and down too. This enables people of all sizes to have a good view and to reach the controls easily and comfortably.

The steering wheel can also be adjusted forward and back to suit your reach as well as the normal up and down. Another plus point compared to some other cars. 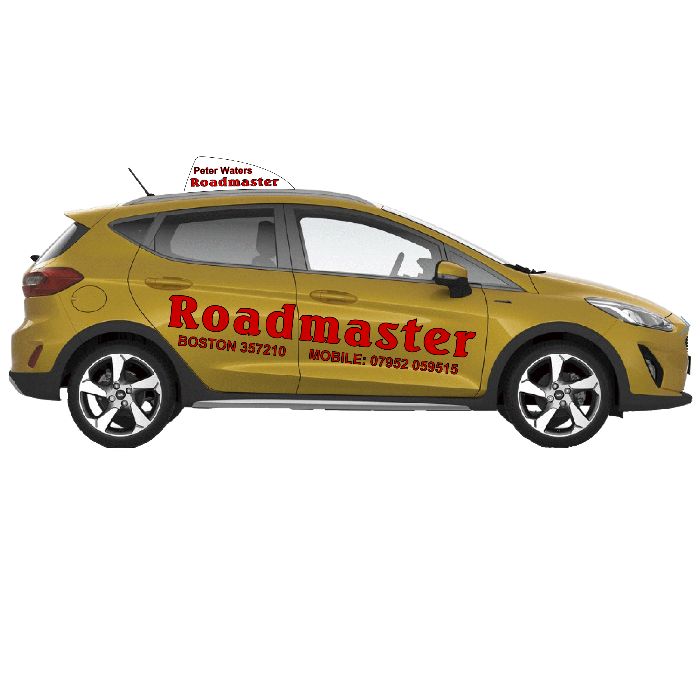 All the controls are very light to operate, and the clutch is both light and smooth to engage. This is really important when you are just starting out. There is also plenty of room inside the car, so that you don’t feel as if your passenger is invading your space. It is bad enough on test, without feeling as if the examiner is sitting on your shoulder!

The car has the latest 1.0l Ecoboost petrol engine, rather than a diesel. I have had diesel cars before and whilst the running costs are slightly less, due to the miles per gallon they can achieve, I feel the quality of learning and the safety whilst doing so is much better in a petrol car. This is because, in my view, the power delivery is much smoother from a petrol engine and they are also more flexible when it comes to gear selection on the move. Diesels often have a ‘surge’ of power, especially if they are turbocharged. This can be quite alarming to a novice driver and not easy to get used to. Diesel cars also have a tendency to stall very quickly if a wrong gear is selected on the move, leaving no time to recover.

I chose the 5 door version instead of the cheaper 3 door as many people, including myself, don’t like riding in the back seat of 3 door cars. Firstly, because of the awkward access when getting in or out of a 3 door (especially if your quite tall) and also because of the feeling that you are ‘penned in’ once everyone is in the car.

I am quite happy for parents or friends to accompany learners on their lessons if they wish, and their comfort and safety is more important to me that the cost of 2 more doors!

Many instructors lease or hire their training cars, which means that they are almost always restricted to a limited mileage per year. This in turn leads to lessons being planned to minimise mileage, just to cut costs, as heavy penalties are charged for any excess mileage.

I am NOT restricted in this way, as the car is my own. I can therefore give lessons without worrying how many miles we do. You then get as much driving experience as possible during your lessons.

Book today with the driving school in Boston where YOU come first!